The gunner carries a pistol not seen on the figure, as it was worn in a holster at the front. The other two crewmen carried rifles, supplied as separate parts (not shown). The rifles could be glued on the figures if desired but most photos show the rifles lying on the ground nearby.

Also included in the set are an ammunition box, a spare magazine and the spare parts box, including a spare barrel (shown in the bottom photo). 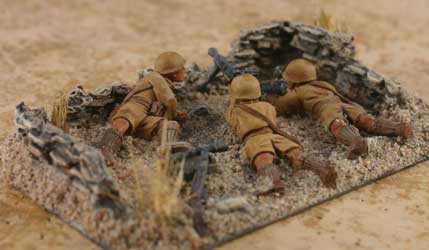