One team advancing and one team firing. 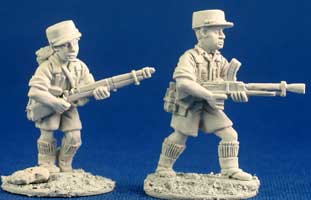